In total so far Rs.2.32 crores of donation realised due to efforts of Hon'ble District Minister. ZAK and Mysuru zoo immensely express gratitude and sincere thanks to all donors. All contributions are exempted under Sec 80G 5(vi).

There are nine Zoos under ZAK, with 5000 add animals and 700 add staff. On an average about 5.5 crores/month is required for salaries, feed, fodder and maintenance. Zak realized about Rs.66 crores (pre-audited) revenue during 2019-20 financial year. Total expenditure about Rs.94 crores. Govt. grants of Rs.15 crores plus earlier year revenue surplus of Rs.13 crores from BBP and Mysore zoo, utilized for establishing new animal enclosures and Safaris @ Hampi,  Gadag, Shimoga, Belgavi, Chitradurga and Kalburghi Zoos apart from maintaining Rescue Centres at Mysore and Bengaluru. About Rs.18 crores revenue loss is estimated from March 2020 to May 2020, as all zoos closed for visitors since 15th   March, 2020

However expenditure remains same. In view of the above Hon’ble Co-operation and District I/c Minister Sri S T Somasekhar efforts in mobilizing donation towards animals maintenance is very timely and helpful. So far Rs.2.32 Crores realized due to the efforts of Honorable Minister. All donations to ZAK, are exempted under section 80G 5(vi)of IT Act 1961, where 50%of donation is deducted from gross income, for assessment of income tax.

ZAK is overwhelmed by the encouragement shown by general public for an appeal made by Hon'ble Minister and specially thank all donors for their contribution and greatly acknowledged their help when it is most needed. We also witnessed increased online adoption at BBBP. 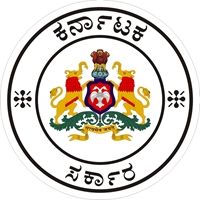